Thank you for stopping by.

Today, you will learn a few things about your DNA.

You must have heard a lot about the DNA as the acronym is used commonly. You might also know that your DNA is different from others; yes your DNA is what makes you UNIQUE. It is different from your biological brothers DNA even though you come from the same source. Your DNA affects how you look, behave as well as your physiology.

You are the only one of your kind

Contrary to Kendrick Lamar’s belief “I’ve got loyalty and royalty inside my DNA” I’m sorry but you do not.

There is so much to be said about the DNA and I do not want to force everything into one post. So I will share some fun facts and basic information on the DNA while I answer common questions asked about the DNA.

What is the DNA?

DNA (Deoxyribonucleic Acid) is a molecule which contains biological instructions that make us different from every other person. DNA is what makes you UNIQUE. The DNA (together with the information it contains) is a hereditary material as it is passed from parent to offspring: that is why humans cannot reproduce rats and vice versa.

The DNA contains all essential information to form and sustain an organism. It is one of two nucleic acids found in our cells (RNA is the second).

Why is the DNA so important?

DNA is vital for all living things. It is important for inheritance, cell development, reproduction. Life is not possible without DNA.

Who found the DNA?

Although the DNA was observed by Friedrich Miescher (a Swiss biochemist) in the 1800s, we only understood the importance and structure of the DNA in 1953, thanks to Rosalind Franklin, James Watson, Francis Crick, and Maurice Wilkins.

Genes are made up of DNA. Some genes act as instructions to make proteins while others do not produce proteins.

What can my DNA say about me?

You can tell a lot with the information given by your DNA. You can get insights on diseases you are prone to, the you might be allergic to, your ethnicity can be traced from your DNA (which is getting common now) and many more.

Do I have loyalty inside my DNA?

No honey, your DNA is composed of molecules called nucleotides. Each nucleotide is made up of a phosphate group, a sugar (called deoxyribose) and a nitrogen base (there are four possible nitrogen bases).

Where does DNA come from?

You inherit 50% of genes from each parent; this is referred to as vertical gene transfer.

How can I be traced with my DNA?

DNA profiling is basically analyzed by banding patterns. Remember your DNA is distinct from others, so when a sample of DNA is compared with the samples contained in a database, an individual can be traced.

When we watch crime shows you hear the DA or police officers request for DNA or forensic evidence to confirm that a suspect is truly the criminal and when the sample obtained from the crime scene matches with the DNA of a suspect, voila – we have our culprit.

Where can DNA be extracted from?

Mutations are changes in the DNA. Mutations occur when a gene is changed and in turn, it alters the genetic instruction carried by that gene. Cancers result from gene mutations and can be caused by several environmental and inherent factors.

I hope this post was easy to read and understand. Feel free to add some fun-facts you have heard about the DNA in the comments section and ask questions too! I’ll be glad to answer 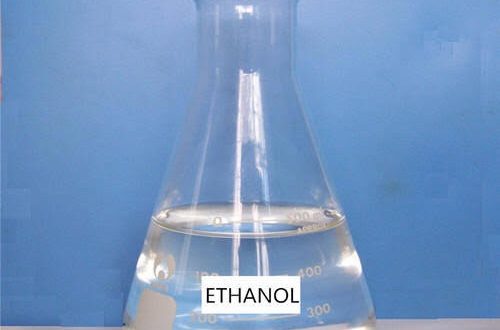